Grammar Rules for Everyone: How & When to Use a Semicolon

When wielded properly, the semicolon can be an impactful writing tool. Here are a few rules and examples on the correct use this quirky punctuation mark.
‍ 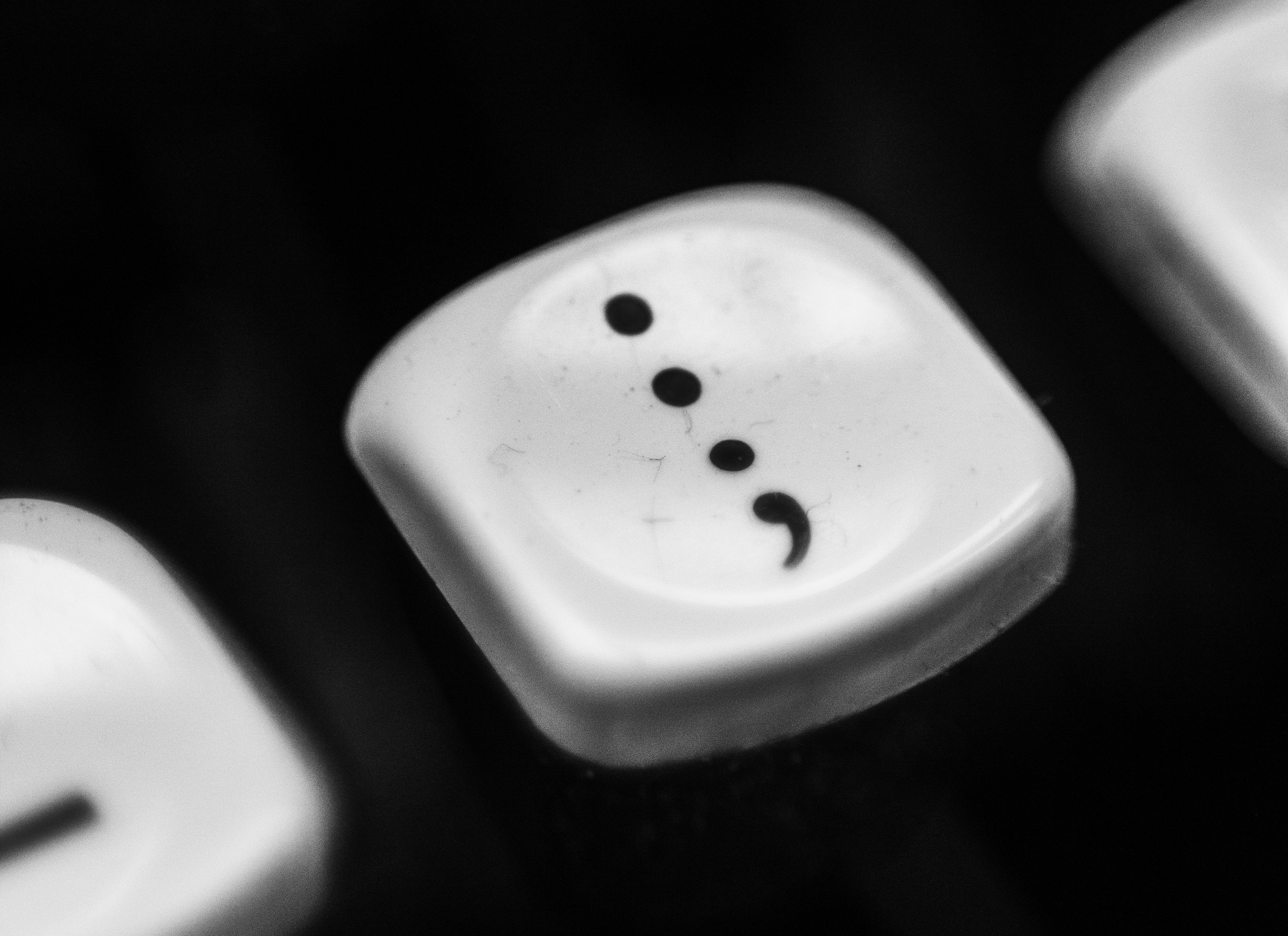 It has the power to join two complete thoughts into a single sentence, or to separate items in a series. The semicolon has a controversial history; it has divided grammar enthusiasts as much as it has words. When it comes to using them in your writing, there are some grammar rules everyone should know.

In this article, we'll go over when it's appropriate to use this powerful punctuation mark and when it’s not. Linguistics can be confusing at times, but fret not—we’ve included examples as well to make things a little easier. Let’s get into it.

When is a semicolon used?

A semicolon is most commonly used to link related independent clauses.

I went running this morning; I feel so much better now.

The first clause, "I went running this morning," makes sense on its own. However, the second clause, "I feel so much better now," depends on the first for its meaning. Hence, they're linked to each other using a semicolon. Another example would be:

Still with us? Good. Here’s where it gets a bit more confusing.

A semicolon can be used together with conjunctive adverbs

Conjunctive adverbs (e.g. moreover, nevertheless, therefore) are used to link related independent clauses to each other, much like semicolons. A semicolon can be used to replace a conjunctive adverb; even so, it would not be incorrect to use the two side by side with each other.

Harry ate too much during snack time; therefore, he now has a small appetite for dinner.

However, it is only used to replace conjunctions

Although conjunctions (e.g. and, but, if) are also used to join related independent clauses, they should never be used together with a semicolon.

If you opt for a semicolon in your sentence, it should be used instead of a conjunction—not as a companion.

This is typically the case when items in a list include added descriptions about them. For example:

She has a particular preference towards furry, muscular and energetic dogs; furless, small and snarling cats; and large, white and adorable hamsters.

The semicolon here clearly clarifies the items on the list—it groups each one with the relevant details and so sets them apart from the rest. Hence, it ensures that the reader isn’t wading in a sea of commas.

Using multiple semicolons in a sentence

How many semicolons are too many? Can I use two or more semicolons in a sentence?

Short answer: You can use as many semicolons as you want!

When not to use a semicolon

There are definitely times when you should avoid using a semicolon.

You should never use a semicolon to join unrelated clauses that could stand on their own (as complete sentences). For example:

In this case, using a conjunction instead of a semicolon would be more appropriate.

Dependent clauses, unlike independent clauses, do not express a full thought. The one here, “When the president arrives”, cannot stand on its own as a complete sentence. Hence, a comma would be more appropriate than a semicolon in this case.

When a colon should be used instead

Using a semicolon when a colon should have been used instead is a common mistake made even by grammar aficionados. Colons are used to join sentences only to introduce or define something, such as a quotation, an example, or—as in this case—a list.

Where do you use a semicolon in quote marks?

Semicolons go outside quotation marks except when the semicolon is part of the quote.

He replied that his favourite book series is “Harry Potter”; his girlfriend prefers Twilight.

Jerry said, “I can’t make it to the office lunch later; I need to tend to my garden.”

How to make sure you are using semicolons properly

If you can't easily remove it without disrupting the flow of the sentence, then you might need to use that semicolon. Take this sentence, for example: “I’m going to Boston, Massachusetts; Nashville, Tennessee; and then I’m ending my road trip off in Los Angeles, California.”

If the semicolons were to be removed, it would end up in a confusing barrage of names and commas. Exhibit A: “I’m going to Boston, Massachusetts, Nashville, Tennessee, and then I’m ending my road trip off in Los Angeles, California.”

However, if you're not sure whether or not you should use a semicolon, it's usually best to leave it out.

To make sure you're using them correctly, there are a few things to keep in mind.

The semicolon is one of the most misused and misunderstood punctuation marks; people often use a semicolon when they should be using a comma, and vice versa.

However, in the right context, semicolons can be a useful tool. By understanding when to use one and following its sacred rules, you can make your writing more clear, accurate, and concise.