Sniff This: The Ultimate Guide On How To Describe A Smell

Using descriptive words to describe smell can go a long way in evoking a far more immersive experience for the reader. This article dives into how we can describe smells effectively as well as compiled a word list of scent-related words.
‍ 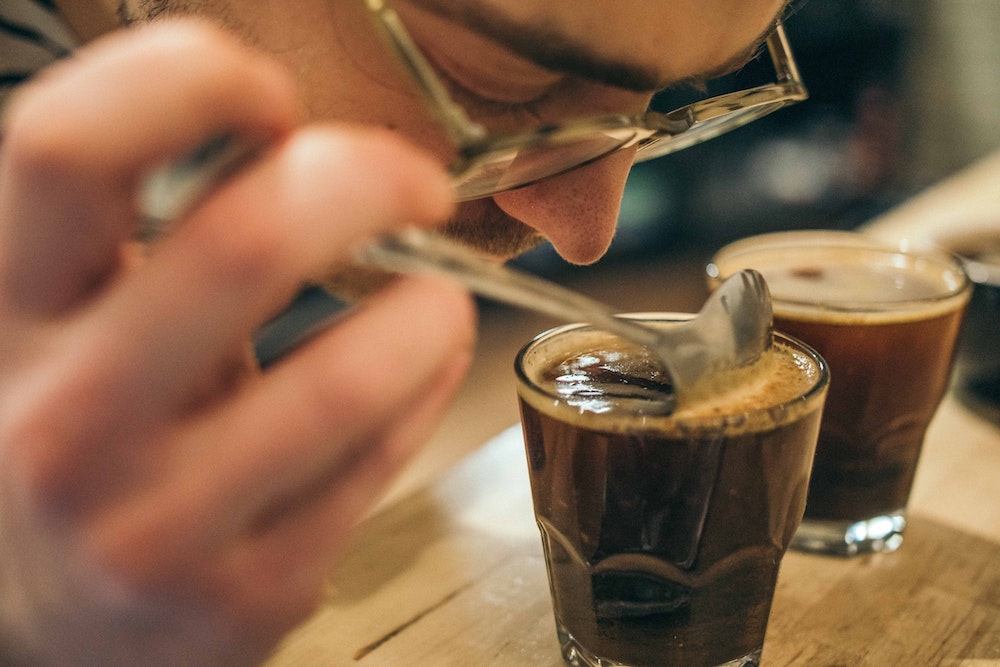 The nose can recognise more than one trillion distinct scents.

The sense of smell is incredibly powerful. It can evoke memories and emotions, and sometimes we even use smells to describe things we can't see.

But what do we do when we want to describe a smell to someone else? How can we accurately capture the aroma of a rose or the fragrance of a newly-washed shirt in words?

Describing scents can be frustrating, I know. Which is why I’ve written this article diving into how we can describe smells effectively as well as compiled a word list of scent-related words.

What exactly is a smell

A smell is created when molecules interact with the receptors in our nose.

These molecules can come from anything: foods, drinks, plants, flowers, pets, and even people. Once the molecules reach our nose, they interact with the receptors in our nose, which send a signal to our brain. This is what we perceive as smell.

Our sense of smell is directly connected to the brain's limbic system, which is responsible for controlling our emotions and memory. That's why certain smells can take us back to a certain time or place in an instant.

The sense of smell is often overlooked, but it is one of the most powerful ways to evoke memories and emotions.

You might be tempted to say "it smells like a rose," but that's not very helpful to someone who doesn’t know what a rose smells like. Also, there are different types of rose scents— musky, floral, sweet, and the list goes on.

When you come across a smell that you can't quite put your finger on, try to identify which category it falls into. This will give you a place to start when describing it to others.

“All smells can be classified as one of 10 types of aroma.”

After years of research, scientists have concluded that 10 is the minimum number of categories that they can categorise scent into:fragrant, woody/resinous, fruity (non-citrus), chemical, minty/peppermint, sweet, popcorn, lemon, pungent and decayed.

Categorising a scent is just the tip of the iceberg. A lot more can be done to immerse your reader’s imagination.

How do you describe a smell in writing?

When describing a smell, try to think about all the different aspects of it. What does it remind you of? What sensations does it evoke?

The more specific you can be when writing, the easier it will be for your readers to visualize and understand what you are trying to communicate. However, there is no one right answer to describe a smell. It's all about using your sensory words to create a vivid picture in the reader's mind.

Here are some approaches you can take when starting to think about how to describe a smell.

A smell is often described with adjectives

We often smell things before we see them, and smells can evoke incredibly strong memories and emotions. That's why we use adjectives to describe smells— they create a vivid picture in our minds.

These adjectives are used to describe the smell's intensity, it's qualities, or how it makes you feel.

Categorizing them according to the 5 cardinal tastes

Qualities of a smell can be broken down into the five cardinal tastes: sweetness, sourness, bitterness, saltiness, and umami. You can’t exactly smell these, but you can experience the sensation of these tastes.

This is how you might describe these smells when writing:

Diving into the nuances of scent

You could also try to describe the nuances of the scent: what are the individual notes that make up the overall aroma?

Some adjectives to describe the nuances of scent:

Describing a Scent by Intensity

You can also describe a scent by its intensity: is it light and airy, or heavy and earthy?

Identifying feelings and emotions that a scent gives rise to can help make your description more evocative.

Of course, scents are not only categorised into pleasant and unpleasant smells. Let’s look at words describing some common smells to see how we can stimulate your imagination.

Words to describe the smell of rain

The smell of rain right after a storm is a scent that many of us are familiar with.

Words to describe the smell of rain:

Words to describe the smell of alcohol in writing

The use of alcohol is pervasive, from being used as a disinfectant in hospitals, to being consumed in our drinks.

Words to describe the smell of alcohol in a hospital setting:

Words to describe the smell of alcohol breath (drunkard’s breath)

A teacher split her class up into half for an English lesson activity. She told one side to write in the perspective of a character that hated the beach.

They came up with:

This statement tells us a lot more about the character’s and author’s sentiment about the setting as compared to “The beach smelled salty”.

The other side was given similar instructions, except that they were to write from the perspective that they loved the beach— all using smell.

The airy scent of sea salt in the air mingled with the fragrant smoke of the freshly barbecued prawns.

Using descriptive words to describe smell can go a long way in evoking a far more immersive experience for the reader.

Smell is one of the most evocative senses, conjuring memories and affecting moods faster than any other sense.

With these tips, you'll be able to capture any smell you encounter and make your readers feel like they can smell it too.