AI Image Generators: How They Work And Why They Are Important 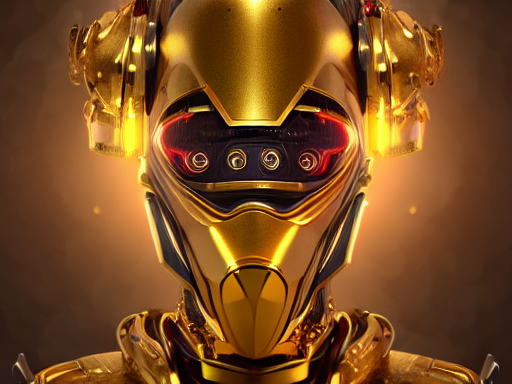 What does it take to be an artist?

For Jason, a 39-year-old game designer hailing from a small community of steel makers, art involved computers, and a whole lot of controversy.

In August this year, the Colorado State Fair Fine Arts Competition gave out prizes in its usual category of “digital arts/digitally-manipulated photography” in celebration of art in the digital medium. The exhibition ended uneventfully, that is, until media fanfare surrounding the winning entry raised questions about the “artistry” involved in the piece. As it turns out, Jason’s winning piece (he entered three pieces), stunningly titled “Théâtre D’opéra Spatial,” was an AI-generated image.

As the news spread, artists young and old were furious — and understandably nervous. Might this spell the downfall of traditional forms of art? Critics also raised concerns surrounding the ethics behind AI-generated art, sparking fierce debate about whether this constitutes plagiarism in the unconventional form.

Thrust into the spotlight, the Colorado State Fair Authority is currently reviewing categories in the fine arts competition to stay clear of future controversies concerning computer-generated art. This time next year, we will be crowning another AI entry as the winner — except now in its own category.

One question remains: How does inputting strings of text into a software become art?

Before we can launch into a nuanced discussion about the boons and banes of AI-generated images, we first need to understand how it works.

In essence, an AI image generator often makes use of a machine learning technique called artificial neural networks that can receive input in the form of words, which it then processes to generate an image. The entire process takes mere seconds, so you can see the results of your “work” immediately.

However, before they can be reliably deployed, neural networks require a lot of training. Picture a toddler learning about the connection between words and objects for the first time. This is the same process that AI generators go through during training, but at a much faster speed with a lot more data.

Typically, the neural network runs through a database containing millions upon millions of pictures — along with their captions — to “learn” the relationship between text and images. Through the process, the network also learns to infer other conceptual information about the world, such as what colors or elements would make an image “feel” Disney. Once the training is done, the neural network can then be deployed in new environments and generate independent images from scratch without reference to any images you might find on the Internet.

Consider Hypotenuse AI’s image generation tool, a smart program capable of translating your text prompts into an image in any style that you desire. Despite having never seen a picture of an astronaut riding a horse, Hypotenuse AI’s image generator can extrapolate from what it has learnt to render it for you, in the same way you and I could probably sketch a (bad) drawing from what we know of astronauts and horses. In doing so, the images generated are not “copied” from anywhere and are unique to you.

The images below showcase the untapped potential of this technology in the digital world.

While such images can be rendered in seconds using simple text prompts, intricate pieces (like Jason’s winning entry) require plenty of time and work on the part of the creator. According to the artist himself, the entire creative process — generating 900 iterations and editing them on Photoshop — took more than 80 hours to complete.

Of course, a majority of us aren’t entering our images in art competitions, so simple images (such as the photos above) can be used immediately without edits!

What’s so great about computer-generated images?

The benefits of AI-generated *anything* are endless. (Just ask the human co-author of this article.)

By lifting a few fingers, you can make images that look like they were shot by a professional photographer, or create objects and people that don't exist in real life.

A ton of benefits come from using an AI image generator. Some of them include:

Not to mention the endless amount of joy people can derive from creating images and art simply for their own pleasure. Productivity aside, rendering random images is a lot of fun — be sure to try it out sometime!

The average media consumer is no stranger to animated visual content in the form of CGI (computer-generated imagery) and VFX (visual effects). Like the AI image generator, these are tools specially designed to create and enhance realism in imagery, increasing the immersion that such experiences provide. Without the help of such tools, many of our favorite movies would not have been made (shout-out to “Interstellar”!), much less the video games that over 3 billion people in this world enjoy.

While CGI and VFX are popular tools in the animation industry, AI image generation is still relatively new in the space. Yet, in its nascent stages, AI-generated imagery is already making huge waves across several fields. Below are some case studies of its growing impact:

The world of digital content creation is a battle arena. It’s the classic David and Goliath situation: small-time creators vying for the same consumer attention as big enterprises despite having fewer tools at their disposal to do so. The outcome of this battle seems predictable, except that it actually isn’t — independent creators now have a buddy they can turn to for help.

Imagine you’re a small-time creator who writes weekly newsletters for a living. You do not have a marketing budget, nor a talented crew to work with. Creators like you have to wear multiple hats, searching for stock photos to use as blog pictures and copywriting captions to market your newsletter subscriptions. Everything apart from writing the newsletter itself becomes a chore.

Enter AI, a low-cost buddy that can execute tasks instantaneously without complaints. Whether it be ads, product showcases, blog pictures, or social media posts, AI image generators have been trained to do it all. Low cost, big impact.

In 2018, Lil Miquela, a 19-year-old Instagram model boasting over 3 million followers, landed herself on Time’s “The 25 Most Influential People on the Internet” following her meteoric rise to fame. The secret to her popularity? She’s not an actual human.

Since then, several other virtual influencers have jumped onboard, revolutionizing content marketing at its core and changing people’s perception of what it means to be an influencer.

To steer clear of copyright issues, many brands turn towards AI-generated images for their social media posts. In fact, marketing copies and accompanying post captions are also slowly being taken over by AI, generating unique copies in brand voices customised for different companies. From press releases to product descriptions, AI text generators take care of menial writing to free up your time for other productive tasks.

As a layer of added convenience, companies can even change influencers’ age, personality, and identity according to market preferences as and when they wish.

Ever wondered what ancient civilizations look like? Or how different flora and fauna could be?

“Computer vision and machine learning could offer a bridge between us and speculative “natures” that can only be accessed through high levels of parallel computation.” — Sofia Crespo

Featuring never before seen features that require a new set of biological classifications, these imagined creatures invite a deeper look into our natural history, broadening our understanding of life on Earth and beyond.

Everyone you know secretly dreams of becoming a designer.

With the rising popularity of AI image generators, it isn’t surprising that many people, amateurs and professionals alike, have been turning to generative AI for design inspiration for their homes and businesses.

Even the most outlandish concepts can now be done in minutes without having to construct 3D models from scratch. Addressing design flaws and architectural weaknesses would also become a less dreadful process.

Granted, a designer will still have to go through several iterations, including minor tweaks on other graphics editors, before the image can be reliably used as a conceptual model. Fortunately, generative AI can help ease the creative load.

Today, AI-generated art is used to create new forms of music and poetry. Advertising, architecture, fashion, and film are just some of the fields where realistic images and animations made from AI are making a sizable impact!

Tools such as AI image generators are part of a rising trend to democratize creativity, giving ordinary people the power to do extraordinary things.

To start off, being a relatively new form of technology opens up the tool to potential abuse. Even with terms of use in place, it’s almost impossible to gatekeep every user on what they do with the tool. Whether someone creates an image for commercial purposes or personal reasons is out of the careful surveillance of AI companies.

This is why Hypotenuse AI censors NSFW (not safe for work) content — profanity, hate content, and pornography — across all tools as a basic safeguard against potential abuse. It may not be much, but something is better than nothing.

Other ethical concerns surround the issue of plagiarism. The problem can be better understood if we look at it this way: In the creative world, imitation and inspiration are at two ends of the same spectrum. A problem arises when the resulting image generated skews overtly to the side of imitation.

For example, training a neural network exclusively using Claude Monet’s paintings can be seen as appropriation and a copyright infringement by the AI company who trained the neural network. By extension, the question of intellectual property has become a heated discourse in the art world, particularly with the unexpected popularity of AI-generated NFT (non-fungible token) art.

Issues of labor, energy, authorship, copyright, representation, and appropriation are topics that need to be addressed before generative AI can be deployed on a mass scale.

Arguably, a majority of the images generated by AI aren’t going to transform lives in any tangible way. Was Jason’s entry good art? Yes. Is it going to change the world? Probably not.

Regardless, what’s important is the precedent that this sets. As artificial intelligence gradually becomes an inseparable part of our lives, the onus is on us to hold productive conversations regarding our evolving relationship with technology so that abuse does not happen.

At its core, artificial intelligence is not completely artificial. It is human intelligence crowdsourced over hundreds of years, accumulated by generations and distilled in our age.

AI is not going to go away anytime soon. In fact, we’re currently at multiple inflexion points for AI and other emerging technologies, making possible what we previously thought was impossible.

The best we can do now is to harness their power to better the lives of future generations, ours included.

P.S. Parts of this article was written with the help of Hypotenuse AI's blog writing tool, which you can try out here: https://www.hypotenuse.ai/ai-article-writer